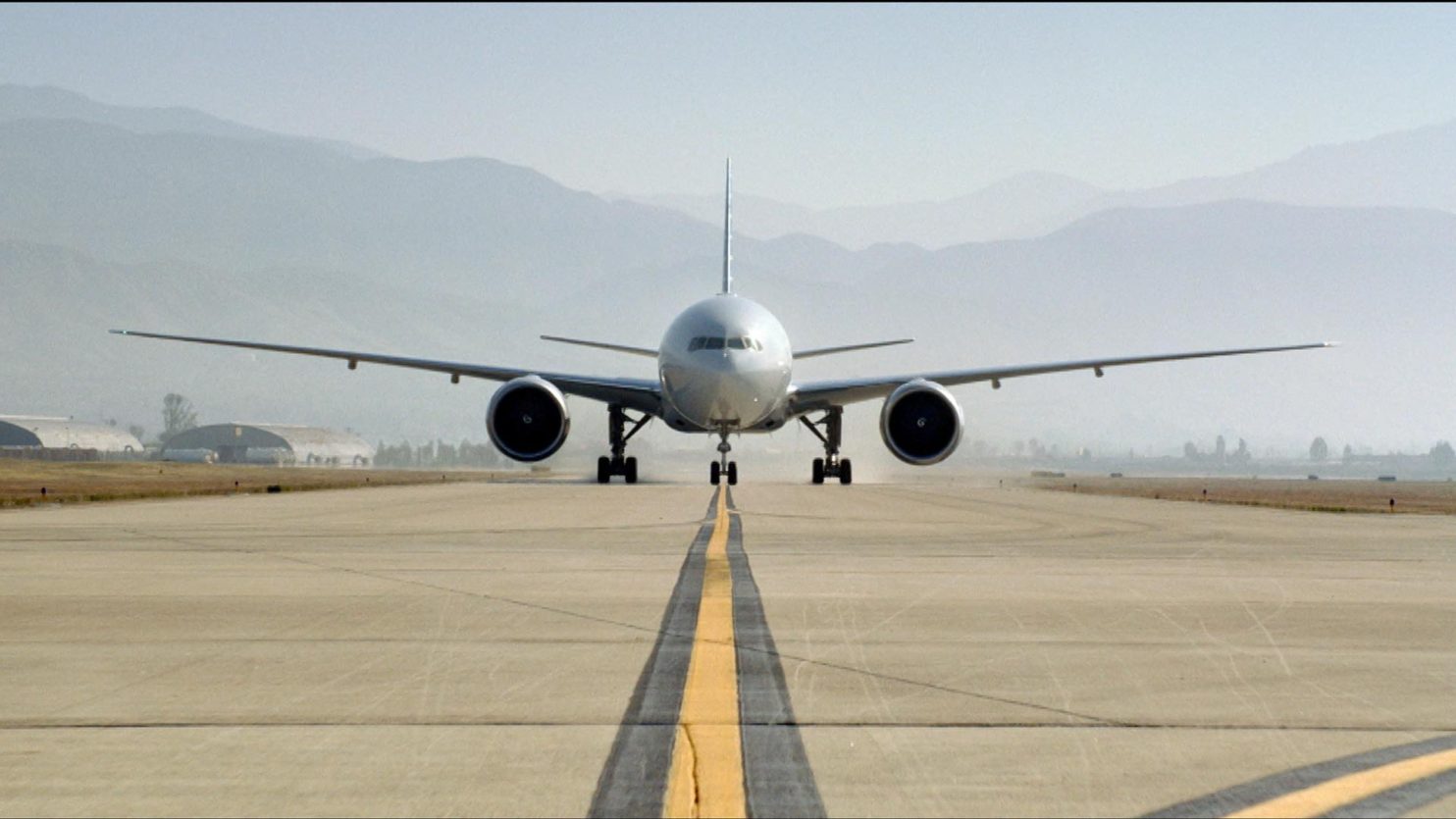 DOING OUR SMALL PART FOR THE WORLD’S NEW LARGEST AIRLINE

In February 2013, American Airlines (AA) and US Airways (US) announced an agreement to merge and create the world’s largest airline. It was truly a monumental event in airline history.

But let’s rewind to 2008. The airline industry as a whole was struggling against high oil prices and the worst economic recession since the The Great Depression. AA applied for antitrust immunity from the U.S. Department of Transportation (DOT) believing that a joint business venture with Oneworld alliance members in the Transatlantic would help to ensure viability.

They were denied twice – and feared a third rejection was coming. That’s when American Airlines brought in Weber Shandwick (WS) – a global communications agency – to plan and execute a campaign in order to build broad public support.

WS felt that the best way to gain that public support was to educate stakeholders on how the market conditions had changed since their first application – and that approving antitrust immunity would benefit everyone involved. WS designed a website called “MoreTravelChoices.com” that served as a platform for customers, employees, shareholders, and public officials to raise awareness and support.

The campaign was successful and AA’s third request for antitrust immunity was granted by the DOT on Feburary 13th, 2010. Ryan Mikolasik, SVP at Weber Shandwick said at the time that “moreTravelChoices.com became not only the central clearinghouse for information on the issue for media, but enabled us to reach a broad audience and became the battle cry for the larger effort.” A precedent was set.

Fast forward back to 2013. AA and US came together under the new American Airlines Group, Inc (NASDAQ’s AAL). US Airways’ leadership would retain their operational management positions and the headquarters would be in Dallas/Fort Worth, Texas.
The merger required restructuring and reallocation of resources from the top down. This created a lot of unease and uncertainty among the employees – and there was a strong desire to ease tensions for a smooth transition; however, the sheer scale required to speak to the now 100,000 + employees meant a massive public relations effort. Weber Shandwick was, once again, called in to help management deliver their key messaging to employees.

One small piece of that effort was to create a video deliverable intended to focus employees’ attention on all of the positive things that were coming as a result of the merger. Management wanted to convey the sense of grand optimism that they all truly felt – and to inspire employees to support the massive effort that would go into a smooth merger process. They wanted a video they could proudly play in airports all across the world – and especially in AA hubs like DFW, JFK, ORD, PHX, and MIA. The video would also be shown in employee break rooms, airport lobbies, and on JetNet (the online employee hub and community).

THE INITIAL CALL TO BYLINE FILMS

Michael Kontry, Senior Video Producer at Weber Shandwick Southwest, and the rest of the Studio at Weber Shandwick were busy executing a number of projects and deliverables surrounding the AA/US merger. Kontry knew they could use an extra hand in delivering the “Day 1 Video.” As a preferred vendor for Weber Shandwick, Byline was regularly providing digital video production, studio space and services, equipment rental, as well as post production services including editorial, FX, color grading, sound design, and music licensing.

So Kontry called Byline Films and asked for a turnkey post-production quote.

PRE-PRODUCTION: ESTIMATE AND SCOPE OF WORK

Kontry and his video team had filmed several interviews in both Phoenix and DFW – along with lots of great B-Roll footage. American Airlines also granted use of their library of stock footage, which had been newly refreshed along with their updated branding.

Byline had edited pieces like this before for WS, so it wasn’t difficult to generate a scope of work (SOW) based on estimated hours to create the piece and go through the revisions process. WS agreed to the SOW and Byline went to work.

The Weber team delivered all of the assets to Byline along with an an outline of what the video needed to communicate. There was no script, but there was a mission with parameters. It was a quick turnaround.

“We work in a fast paced environment and we don’t hire editors to just push buttons, we need professional editors who can tell a story without us needing to micro manage it,” Kontry commented for this piece. “The whole idea is to take the burden off our shoulders so we can focus on other work. And that’s exactly what Byline allowed us to do.”

The first step in the editorial process was to organize all the assets and make any requests for additional assets needed. An assistant editor organized all relevant video clips, photos, soundbites, artwork, and branding guidelines/assets so that they were easily accessible to the lead editor.

Next, the assistant editor created an assembly edit that synchronized picture and audio, and removed unusable footage. They narrowed it down further into the most usable clips across multiple timelines. This pyramid approach would later prevent the Lead Editor from having to go back through the full 3 hour timeline to look for a new clip. The assistant editor’s job required time, organization, and creative judgement. Ultimately, he took the 3 hour timeline and crafted it down to 20 minutes. It was now the Lead Editor’s job to turn that timeline into the high energy 2-3 minute story that AA wanted to share with their employees.

“It’s really interesting,” producer Grady Moore said. “These interview style projects have a sense of inevitability about them. When you apply strong editorial pressure, the best clips always reveal themselves. At that point, it’s about arranging those clips in such a way that they tell a compelling story. I appreciate our editorial workflow on these projects, because – although it can be tedious and time consuming – it always yields a great result. And, ultimately, those processes are what makes creativity work in a corporate environment. It lends much needed predictability for the sake of timelines and budgets to what otherwise feels like a completely magical, artistic process.”

Once the picture was locked, it was the colorist’s job to color correct, match color across all of these clips, and – finally – to support the optimistic tone of the video with bright, grain-free, and vivid colors. Byline utilizes a DaVinci Resolve suite with professionally calibrated monitors for all of their finishing.

Footage assets for the Day One Merger video came from a variety of sources. New footage was shot on multiple types of cameras and included multiple frame rates, color spaces, and resolutions. Library footage was also a challenge, having been shot over a period 10-15 years. Modern editing software can typically handle this footage easily, but it still requires an experienced editor and colorist to identify and troubleshoot issues.

In addition to color grading, music was a determining factor in whether or not this piece would have the desired impact.

Dialogue needed to be clean – so as not to distract from the key messaging. The interviews were shot in busy airport environments and required advanced noise reduction techniques as well as volume levelling.

Regarding music, Byline has a longstanding relationship and blanket license agreement with Firstcom music, who is a leading provider in production music for film:

Firstcom is an industry leader for TV and motion pictures – recently being featured in shows like Ray Donovan, Breaking Bad, and How I Met Your Mother. Unlike many of it’s small, online competitors, Firstcom is diverse and robust and Byline considers its blanket license pricing to be an amazing resource for their projects as well as a competitive advantage over smaller production companies.

The music selection process for this project was extensive – after all, it would set the tone for the entire piece. Byline ultimately delivered over twenty top selections to WS and AA for their review and critique. After several rounds of feedback and collaboration, all parties were thrilled with the choice of music and felt it reflected the magnitude of the merger – as well as the hope and optimism they wanted to convey.

Byline takes pride in being able to deliver truly professional music for their customers in a pricing framework that makes sense for corporate storytelling. Great music – after all – makes for more powerful, persuasive stories.

The hard work of crafting the first draft of the “Day 1” video was just the first step. On the average, you’re only about 60% of the way through your billable hours.

“Our clients don’t pay us for first drafts, they pay us to be able to revise them.
And revise them again. And again. And, finally, to deliver a great finished product that fits within their overall brand message.”
– Grady Moore

Byline editors knew that, especially on a project like this, editorial revisions were necessary and unavoidable. The video had to go through several levels of agency approval in addition to final client approval. Ultimately, Doug Parker, AA’s new Chairman & CEO approved the final cut. By the way, there are several more sample video production projects you can check out if you liked this one.

American Airlines was proud of the energy that their employees showed in the video, and the strategic messaging that Weber Shandwick was able communicate. The video went on to plauy across the nation, boosting morale and giving reassurance that the new American Airlines was a great thing for customers, employees, and investors.

The American Airlines brand lived on – despite the merger – thanks to the power of it’s iconic brand. That brand has been carefully crafted by management, employees, artists, photographers, and designers for over 85 years. Byline Films & Advertising felt an immense responsibility to deliver in their small way for this great American brand.

When you are standing on the shoulders of so many people’s work, there is an incredible duty not be the weak link in the chain. Byline is proud to have had the privilege of telling a great american brand story at what was arguably the most pivotal point in their long history.

“The team at Byline Films not only creates compelling videos, they are true strategic collaborators and professional communicators,” explained an Executive Vice President at Weber Shandwick. “Byline Films is a partner I can trust to work directly with our clients.”