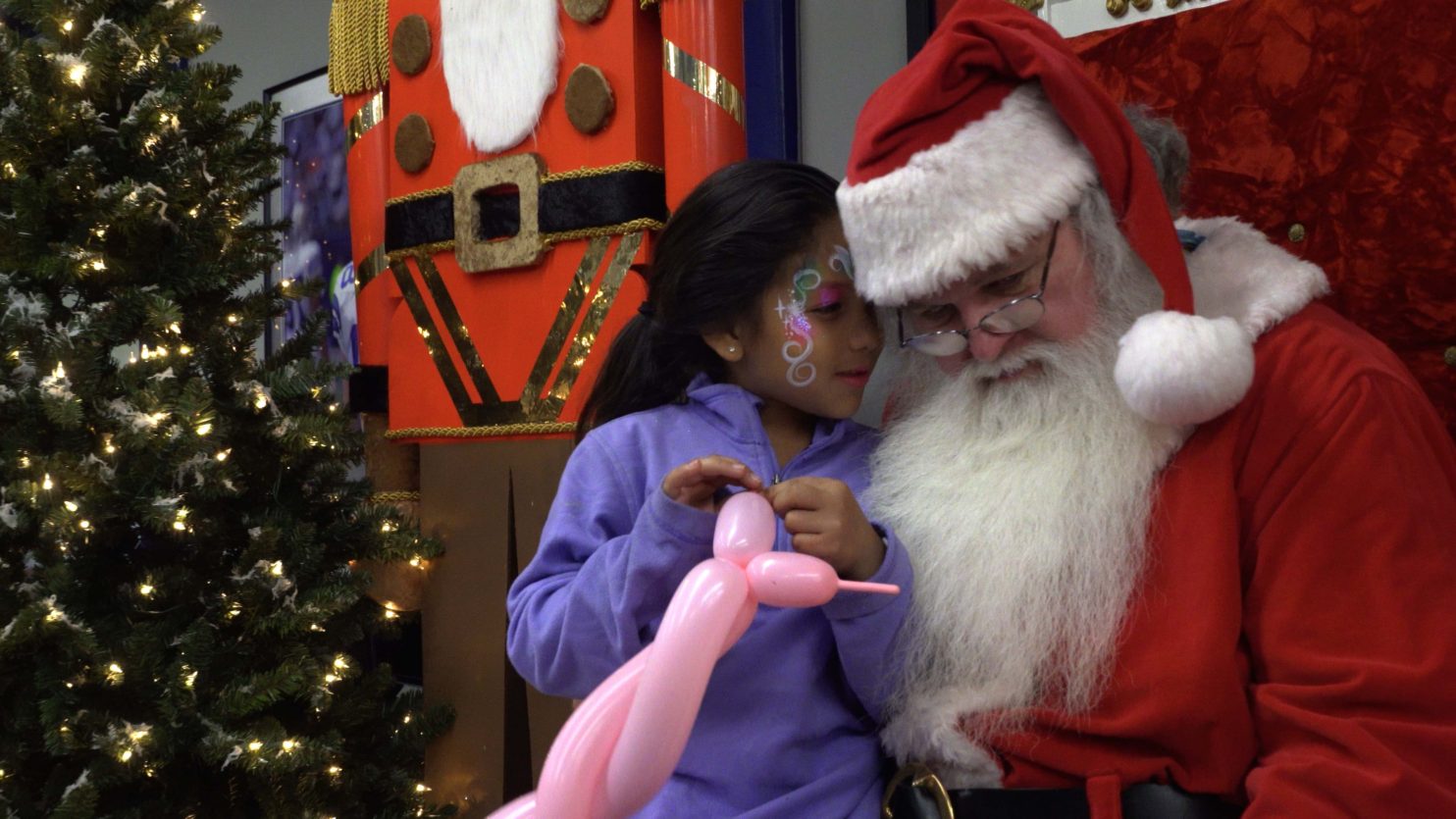 And we made a video about it for WFAA

This holiday season Chevrolet and the Boys and Girls Club brought the north pole down to Mesquite, Texas. 200 children from ages 6 to 18 were surprised to find a winter wonderland waiting for them when they arrived at the Boys & Girls Club after school. The children were welcomed with a yard filled with snow, complete with a big slide for them to sled down. And, of course, a video production crew there to capture the whole thing!

Inside, Mr. and Mrs. Claus were waiting with their helper elves. Children were able to tell Santa what they wanted for christmas, eat PIzza Hut pizza, get their face painted, and watch handmade balloon animals being made. Santa also surprised the children with holiday gifts!

Sean Lowe, from ABC’s 2013 The Bachelor, even stopped by and joined in the winter fun, taking pictures with the children, and playing in the snow.

Byline Films was proud to capture the event with both photos and video for three of the biggest brands in the world: Chevrolet, the Boys and Girls Club, and Santa Claus himself! 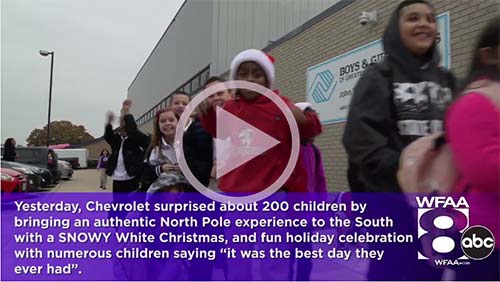 WATCH THE VIDEO ON WFAA.COM: